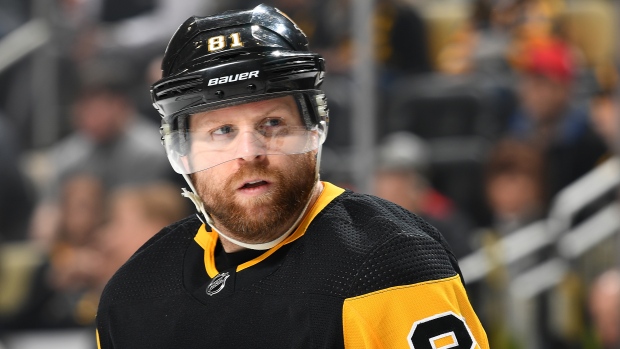 Arizona acquired high-scoring winger Phil Kessel on Saturday in a deal that sends centre Alex Galchenyuk to the Pittsburgh Penguins.

The deal comes 10 days after Meruelo was approved as the Coyotes new majority owner.

"Bringing in one of the premier scorers in the NHL-and a two-time Stanley Cup champion-demonstrates Mr. Meruelo's commitment to winning and to doing whatever it takes to make this organization great," Coyotes President & CEO Ahron Cohen said in a statement. "This team is on the rise and today is an important acceleration forward for our organization and our amazing fans here in Arizona."

The 31-year-old Kessel had 27 goals and 55 assists with the Penguins last season, his fourth with the team. He won Stanley Cup titles with Pittsburgh in 2016-17 with current Coyotes coach Rick Tocchet, then a Penguins assistant.

Kessel has scored at least 30 goals six times during a 13-year NHL career that includes stints with Boston and Toronto. He had 34 goals with the Penguins in 2017-18.

"Phil Kessel is a proven winner, an elite goal scorer and one of the most productive point producers in the NHL for a sustained period of time," Arizona general manager John Chayka. "His dynamic scoring ability fits a specific need for this team and instantly elevates us to another level."

The 25-year-old Galchenyuk spent his first six NHL seasons with Montreal before being traded to Arizona prior to last season. He had 19 goals and 22 assists with the Coyotes in 2018-19.

"First and foremost, I want to thank Phil Kessel for his contributions to the Penguins. He was a key component to our success in winning back-to-back Stanley Cups. We couldn't have done it without him, and for that, we are grateful," Penguins general manager Jim Rutherford said. "With that being said, we are excited to welcome a young, skilled player in Alex, and add depth to our defence with first-round draft pick Pierre-Olivier Joseph."