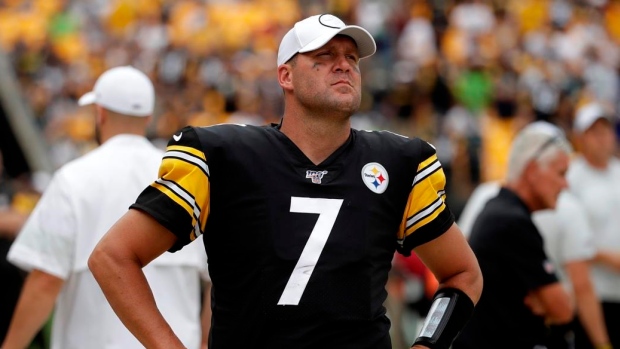 PITTSBURGH — Art Rooney II isn't quite sure what to make of what the Pittsburgh Steelers president called one of the “craziest” seasons he's experienced during his 50-plus years around the NFL.

The Steelers lost quarterback Ben Roethlisberger at halftime of Week 2. They pulled off an audacious trade for safety Minkah Fitzpatrick that had Rooney “pacing the floor” as he weighed the pros and cons of the franchise trading a first-round draft pick for the first time in more than half a century. They spent the final 14 weeks jockeying between Mason Rudolph and undrafted rookie free agent quarterback Devlin “Duck” Hodges.

And still Pittsburgh was in playoff contention on the final day of the regular season before finishing 8-8, a testament to what Rooney described as a “great job” by head coach Mike Tomlin.

“I was proud of the way our guys kept fighting through all the adversity, and unfortunately we couldn't keep it going there the last few weeks of the season," Rooney said on Wednesday. "But at least we had our chance and maybe with a little more stability at the quarterback position we could have gone a little farther.”

Rooney expects that stability under centre to return in 2020. Roethlisberger remains in the early stages of rehabilitation after undergoing surgery to repair his right elbow in September, but expects to pick up the pace in the near future. Rooney praised the two-time Super Bowl winner's attitude and doesn't believe the team needs to bring in a veteran backup as a precaution should Roethlisberger's comeback hit a snag.

Both Rudolph and Hodges played well at times and skittishly at others as the Steelers settled in the bottom five in the league in yards passing, touchdown passes and interceptions. Rudolph endured what Rooney described as an “unusual” season that included being knocked unconscious against Baltimore;getting into a fight with Cleveland defensive end Myles Garrett that ended with Garrett ripping of Rudolph's helmet, then smacking him in the head with it; and hurting his left shoulder in Week 16 against the New York Jets.

“Hopefully it was something, what's the old story, what doesn't kill you makes you stronger?" Rooney said. "Hopefully it's that kind of situation for him. But I think we're all pretty comfortable with Mason coming back as our backup and being a guy that can continue to develop.”

“We're happy somebody like Matt, who we knew from down the hall here, was a known quantity for us and we liked some of the work he's done and happy to have him on board," Rooney said.

Canada's hiring might be the only significant staff change heading into 2020. Though longtime general manager Kevin Colbert's contract is up after the draft, Rooney said he's “optimistic” something can be worked out to keep the 63-year-old Colbert in the fold. There may be an opening at wide receivers coach. Ray Sherman came out of retirement to coach the position following Darryl Drake's sudden passing during training camp, but Rooney deferred any movement there to Tomlin.

Tomlin called locking down outside linebacker Bud Dupree a priority after Dupree made a career-high 11 1/2 sacks while teaming with T.J. Watt to become one of the best edge-rush tandems in the NFL. Rooney said there is “no question” the Steelers would like to keep Dupree, even if that means using the franchise tag.

The last time the team applied the franchise tag, things got weird. Running back Le'Veon Bell opted to sit out all of 2018 rather than sign the franchise tender for a second straight year. Rooney isn't concerned about history repeating itself.

The team often approaches young players about a contract extension as they prepare to enter the final year of their rookie contracts. Wide receiver JuJu Smith-Schuster and running back James Conner both fit that category, but are coming off injury-marred years that limited their productivity. Rooney said the team still believes Smith-Schuster will be an “outstanding player” while admitting he'd like to see what Conner could do if healthy for a full season, something that hasn't happened during any of Conner's three years in the league.

Pittsburgh must also figure out how to approach the future of linebacker Ryan Shazier. Shazier continues to work toward a potential comeback following spinal stabilization surgery in December, 2017. Rooney said the Steelers would like to have Shazier with the team “in some capacity."