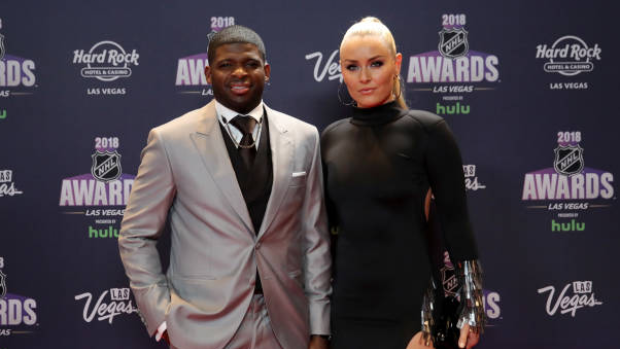 PK Subban and retired skier Lindsey Vonn are tying the knot, the couple announced on Vogue on Friday.

The star athletes met two years ago at the Nickelodeon sports show that takes place after the ESPY’s and have been dating since 2018.

"Lindsey’s the best thing that’s ever happened to me," Subban told the magazine. "There are people in life that deserve to be with good people.

"They have that person who takes care of them and makes them smile, and she deserves to be with someone who loves her more than anything else in the world, and I do.”

“I just want to enjoy the moment and the engagement,” she added.

“It kind of depends on his playing schedule, and when we have time to sit down and go through it (wedding plans). I don’t want to stress him out because he has a big season coming.”

No wedding plans have been set as of yet, but Vonn knows one thing for sure, ““I want to wear something green, like my ring, for the after-party.”

Subban, 30, tallied 31 points in 63 games with the Nashville Predators last season and was traded to the New Jersey Devils in June. Vonn, 34, is a four-time Olympian, a three-time Olympic medalist and the first female skier to win medals at six different world championships.