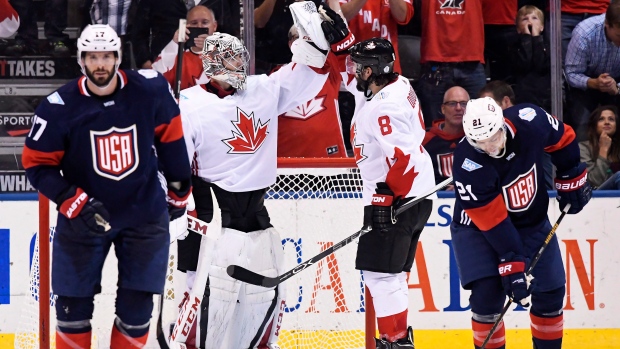 With only days remaining in the World Cup of Hockey, National Hockey League players remain divided over how to split the event proceeds, with some players rejecting the idea of sharing money with those who didn’t play in the two-week tournament.

In the days leading up to the event, National Hockey League Players’ Association (NHLPA) staff travelled to World Cup team training camps and discussed the prospect of splitting the NHLPA’s share of the profits, two people familiar with the matter told TSN.

While the accounting on the World Cup probably won’t be finished for several months – meaning the NHLPA doesn’t yet know exactly how much money there will be to split between its members – NHLPA staff and players discussed the concept of 50 per cent of the union’s share of profits being split between players in the World Cup, with the other 50 per cent being split by NHL players not in the event.

As reported by TSN's Bob McKenzie, some players have bristled over how the World Cup proceeds should be split. An NHLPA spokesman declined to comment.

During a meeting with NHLPA divisional player representative Joe Reekie, some players on Team Russia said all World Cup profits should remain with players who are playing in the event, a source told TSN. Some players on Team Czech Republic suggested in a separate meeting that an 80/20 split (favouring players in the World Cup) should be considered, the source said.

A source close to the NHLPA confirmed the players’ disagreements over how the money might be split but said, “This is a good problem to have. We’re talking about how to share profits, not about something like escrow.”

One NHL player agent said he was surprised the matter wasn't settled months ago.

“You have 700 NHL players, you're going to have 700 opinions on this,” said the agent, who refused to speak for attribution. “To me, it's unsettling because it shows on an important decision players have put off and put off... I don't like sending that message to the NHL.”

The World Cup will generate more than $100 million in gross revenue for the NHL and NHLPA, which are co-hosting the event. They have sold ads on jerseys for the first time as well as a host of sponsorships. After expenses are deducted, the league and union agreed to split profits 50/50. It’s unclear whether the NHL will give each of its owners an equal share of tournament profits, or if that money will remain to help fund operations at the league.

It’s also unclear how players who were named to the World Cup but had to pull out of the event because of injuries would be classified when it comes time to split profits.

About 170 NHL players – or one quarter of the league’s 720 players – are playing in the tournament.

It’s unlikely that the issue will be settled for months. NHLPA executive director Don Fehr will likely discuss the matter of World Cup profits during his fall tour of NHL cities, which is not expected to wrap up until January.