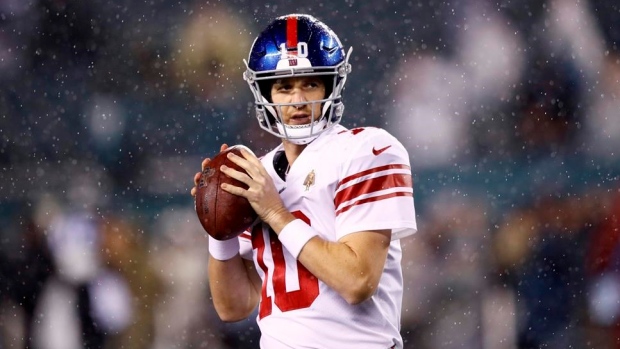 Several quarterbacks with impressive resumes could be looking for new teams in 2020 after disappointing performances this season.

The list of QBs who could be available includes guys with MVP trophies on their mantels, former No. 1 draft picks and longtime starters.

Eli Manning is the most accomplished of the group. The two-time Super Bowl MVP already has some Hall of Fame credentials. Philip Rivers also has built a case to have his bust enshrined in Canton.

Jameis Winston and Marcus Mariota were selected Nos. 1-2 in the 2015 draft.

Tom Brady, Drew Brees, Dak Prescott and Ryan Tannehill are potential free agents, but it's unlikely they're going anywhere. Teddy Bridgewater went 5-0 filling in for Brees this season, so he vastly improved his value on the open market.

Here's a look at each player:

MANNING: The Giants benched their franchise icon in Week 3 to start first-round pick Daniel Jones, who has been inconsistent — hey, he is a rookie after all. Manning returned to the starting lineup last week because Jones has an ankle injury. He played well in the first half, throwing two touchdown passes in a 23-17 overtime loss at Philadelphia. Manning turns 39 next month and is in the final year of his contract. He may have to settle for a backup role to prolong his career.

RIVERS: Like Manning, he'll be a free agent after the season after spending his entire career with one team, the Chargers. Indeed, they basically were traded for each other at the 2004 draft.

Unlike Manning, Rivers hasn't lost his starting job and Los Angeles hasn't drafted his successor. Rivers, who turned 38 last week, has 20 TD passes and 15 interceptions. His passer rating is down to 90.7 while his picks have gone up. He could end up staying to groom his replacement and play in the team's new stadium for a season.

NEWTON: He's owed $18.6 million in 2020 but hasn't played since Week 2 because of a foot injury that required surgery this week. Newton has been Carolina's starter since 2011 and is 68–55–1 in his career. His future with the Panthers depends on his health and the preference of the new owner and the new coach the team has to hire to replace Ron Rivera. Kyle Allen hasn't taken advantage of his opportunity to fill in for Newton. He's lost five straight games after starting off 5-1. Allen has 16 TDs, 12 picks and a 82.9 passer rating.

FOLES: The Jaguars gave Foles a four-year, $88 million contract in free agency that included $50.125 million guaranteed. But the 2018 Super Bowl MVP with the Eagles broke his collarbone in Week 1. He struggled in three games after returning and was benched for rookie Gardner Minshew last week.

FLACCO: The 2013 Super Bowl MVP with Baltimore was only 2-6 in his first season in Denver before a herniated disk ended his season. Second-round draftee Drew Lock is making his case to be the man for the Broncos. Flacco turns 35 next month and should end up on the open market. Cutting Flacco will free up $10.05 million in cap space.

WINSTON: Tampa Bay has a tough decision to make on Winston, who becomes a free agent after the season. Winston has thrown for over 4,000 yards this season for the third time in five years, but he also has a career-high 23 interceptions. He's only had one winning season and the Buccaneers need to win the final three games to match that 9-7 record from 2016. Winston is playing in his first season under coach Bruce Arians, who says he wants to finish out the year before deciding the future of the quarterback in Tampa.

MARIOTA: Tennessee was 2-4 in Mariota's six starts before turning to Tannehill, who is 6-2 and leads the NFL in passer rating at 118.5. Mariota is in the final year of his rookie contract and should get an opportunity to revive his career with a new team.

DALTON: After leading Cincinnati to five straight winning seasons to start his career, Dalton and the Bengals secured their fourth consecutive losing season weeks ago. Dalton was benched in November for Ryan Finley but regained his starting job and led Cincinnati to its only win. Dalton has one year remaining on his contract, but the Bengals would save $17.7 million in cap space by releasing him.

FITZPATRICK: He'll create FitzMagic somewhere next season, if only for a brief appearance. That's how his career has worked for 15 seasons.

KEENUM: He'll be a solid backup in Washington or elsewhere.

BRADY: Much has been said about a possible divorce from New England because Brady put up his house for sale, his contract voids on March 17, and the Patriots can't place a franchise tag on him. If the 42-year-old six-time Super Bowl champion leaves, it'll cost the team $13.5 million in dead money. Don't believe Brady is going anywhere until Bill Belichick drones: "We're on to a new QB."

BREES: His deal voids on March 18 and the Saints can't place a franchise tag on him. Brees turns 41 next month and it's tough to imagine he'll play for a different team.

PRESCOTT: Dak will get a ton of money from Dallas. How much is the question.

TANNEHILL: Hes earned himself starter's money in Tennessee next season. With Mariota gone, the Titans have plenty of room to pay Tannehill.

BRIDGEWATER: He's an interesting case because he has a ton of value to the Saints playing behind Brees. Bridgewater is 22-12 as a starter. He should get an opportunity to be the No. 1 guy somewhere. If Brees retires, it could be in New Orleans.