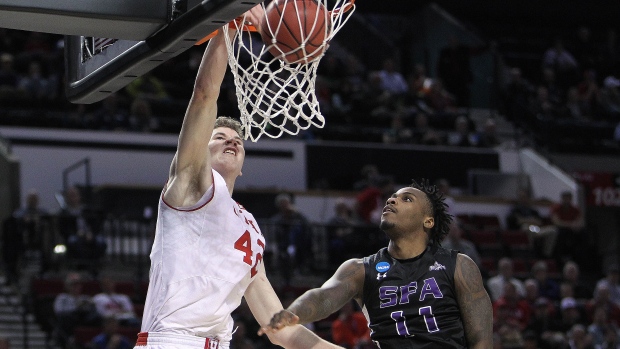 Portland, OR (SportsNetwork.com) - Freshman forward Jakob Poeltl recorded 18 points with eight rebounds and five blocks to help fifth-seeded Utah defeat Stephen F. Austin, 57-50, in the second round of the NCAA Tournament on Thursday.

The 7-footer from Austria was dominant in all aspects down the stretch for the Utes (25-8), finishing the game 7-of-7 from the floor.

Jordan Loveridge supplied 12 points and Delon Wright added 11 for Utah, which will play the winner of the Georgetown and Eastern Washington matchup.

Ty Charles led the 12th-seeded Lumberjacks (29-5) with 14 points, while Southland Player of the Year Thomas Walkup went for 12 points, nine rebounds and five assists in defeat.