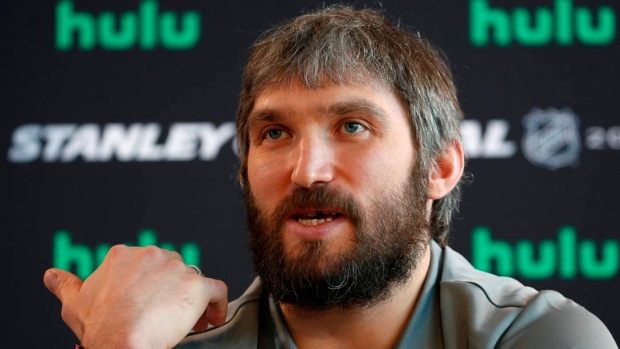 Sergey Radchenko is an expert on Russian foreign and security policies at the Johns Hopkins School of Advanced International Studies in Bologna, Italy. A professor and historian, he has written on politics and international sports.

Radchenko was born in the former Soviet Union near the Chinese border and grew up on the island of Sakhalin in the northern Pacific.

In an email exchange with TSN, he offered his perspective on how Vladimir Putin has stepped up repression inside Russia’s borders and about Ukraine's recent request that Canada stop granting new visas and work permits to Russian athletes.

The following transcript has been edited for clarity and length.

TSN: How deeply do you think the Russian government would care about NHL players and other pro athletes being barred from working in North America? And what risks might Russian athletes in North America be taking by being openly critical of Putin?

Radchenko: “I have very strong doubts that Putin would care about NHL players being kicked out of Canada to be frank. This would not be on their list of concerns. As for your other question, I think it is becoming more difficult to speak out. There are new threats being made by the Prosecutor General’s office in relation to the criticism of the war in Ukraine that basically make it treason to speak the truth.”

TSN: A Russian F1 driver was banned last week from the British Grand Prix. Norway is banning Russians from upcoming skiing competitions. If the U.S., Canada and U.K. banned all Russian athletes, would this be a pressure point, in your opinion? Might Russia's exclusion from all Western sport be an effective pressure point as it was with South Africa during apartheid?

Radchenko: “It’s not going to do any good in the short to medium term. Instead, what we are likely to see is the narrative that Russia is being unfairly targeted (as we saw in connection with the doping bans.) For example, I don’t doubt that the decision not to allow Russia’s Paralympic team to join the Games in Beijing will be interpreted in this manner. It helps the regime by feeding into the victimhood narrative. Over the long term, however, I think these measures are helpful insofar as the Russians will properly realize that they are international pariahs.”

TSN: If a western government asked you for advice about whether to stop granting work permits and visas to Russian athletes what would you say? And what about the Russian pro athletes already here playing pro sports?

Radchenko: “I think there is something called collective responsibility. Sanctions target all Russians, no matter whether they support Putin or oppose him. By the same token, those who are being denied their visas suffer regardless of whether they are supportive of the regime or are deeply opposed. These are unprecedented times, and unfortunately there is a price to pay if you are a national of a country that is engaged in a brutal war against its neighbour. Do I like this (as a national of Russia)? I don’t know. A part of me says it’s deeply unfair. But a part of me says that we (Russia) brought it upon ourselves and there’s simply nothing that can be done. I don’t think, by the way, that this will alter Putin’s behaviour in the least.”

TSN: What is a high-profile Russian athlete to do? Many are now being asked regularly for a comment on the war in Ukraine and whether they condemn it. For those who have families/parents still in Russia, what's the best way for them to handle this and what should/can they say?

Radchenko: “As someone in a similar situation (a Russian academic with family in Russia), I have been outspoken in my condemnation of this war. Is this risky? Yes. For example, I don’t think I can safely go back to Russia now without risking a lengthy prison term. I am also worried about my loved ones in Russia. But then, I also can’t keep quiet in the face of such brutalities being perpetrated, supposedly in my name.”