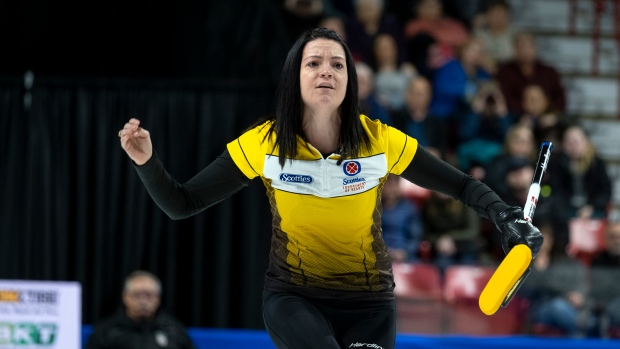 The pools and the format for the 2021 Scotties Tournament of Hearts were officially released on Tuesday by Curling Canada as the countdown to the Season of Champions inside the Calgary curling bubble continues.

For the first time ever 18 teams will compete at the both the Scotties and Tim Hortons Brier this season, including three wild-card rinks.

The teams will be split into two pools of nine where an eight-game round robin will occur. From there, the top four teams in each pool will carry their records to the championship pool where they will play more four games against teams in the opposing pool.

The most notable change to this year's Scotties format is that there will be no page playoff. Instead, the top three teams following championship pool play will advance to the playoffs with the top ranked team getting an automatic entry to the championship game. The other two squads will battle in the semifinals.

"The familiar four-team Page Playoff format couldn’t be used because it takes two extra draws, and with the field expansion, there wasn’t time available in the schedule, and it would have forced teams to play more games in a limited amount of time," Curling Canada announced in a news release on Tuesday.

The Scotties starts on Feb. 19 with the final taking place on Feb. 28.

Here's a look at the pools.