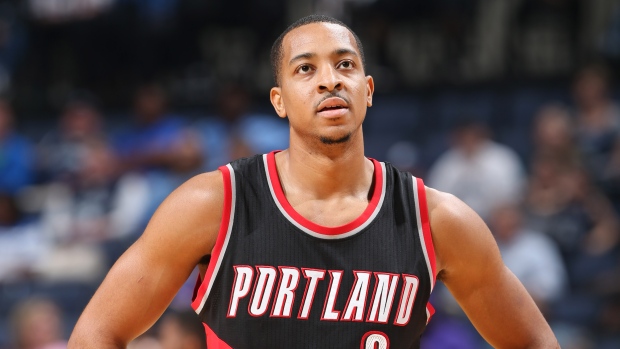 DALLAS — Portland Trail Blazers guard CJ McCollum sprained his left ankle in the first half at Dallas on Friday and was ruled out for the rest of the game.

McCollum was injured in the second quarter when he drove to the basket and his foot landed on Dallas forward Maxi Kleber's foot as McCollum missed a layup.

The loss of McCollum came after fellow guard Damian Lillard was cleared to play after being a game-time decision because of an illness.

McCollum came in second to Lillard in scoring and assists for Portland at 21.9 points and 3.8 assists per game.