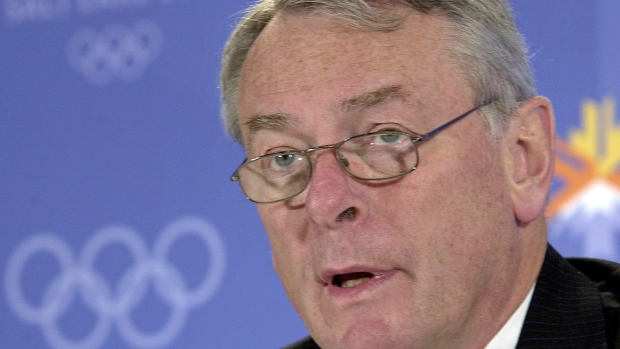 The International Olympic Committee risks losing some of its major corporate sponsors if it does not ban Russia from the Rio Olympics after revelations that the country engaged in state-sanctioned doping during the Sochi Winter Games, a Canadian IOC member says.

The IOC has a dozen so-called TOP sponsors that pay hundreds of millions of dollars apiece to help finance the Games. Canadian IOC member Richard Pound, who has helped negotiate television and sponsor contracts on behalf of the IOC, said some of those companies would probably abandon the Olympics if Russia is allowed to compete in Rio.

“The IOC either has to walk the walk or stop the talk,” Pound told TSN. “You can’t talk about zero tolerance, be presented with the evidence that we now have from the McLaren Report, and then say there may be cases where individuals from Russia are clean and should be allowed to compete.”

“If there’s no ban on Russia, I think the sponsors will be very upset,” Pound said. “They think they’re buying clean sports. It’s been demonstrated now that it’s not clean. Maybe they don’t activate their marketing during the Games. Maybe they don’t renew. I think they’ll vote with their feet if the IOC doesn’t do anything.”

On Monday, the Olympic world was rocked by revelations contained in a report presented to the World Anti-Doping Agency by Canadian lawyer Richard McLaren. McLaren wrote that the FSB, Russia’s secret service, helped to coordinate a doping program during the Sochi Olympic Games.

The IOC is now deliberating about whether to ban the entire Russian team from Rio.

If that happens, it’s also possible Russia television will opt not to televise the Rio Olympics, Pound said.

“In 1980, NBC did not show the Moscow Games after the U.S. boycotted,” Pound said. “I think there’s a good chance that happens with Russia if they are banned. It saves them from having to explain to their people why they are not there.”

Pound said the rights fee paid by Russian television was “chicken feed,” compared to North American television rights, and that the IOC would not miss the revenue.

Pound will attend the Rio Olympic Games as an IOC member and as chairman of the Olympic Broadcasting Services.

He is also the founding chairman of WADA and said that he wonders what else McLaren could have uncovered about Russia’s doping program if given more time. Grigory Rodchenkov, the former director of Moscow’s anti-doping lab, defected from Russia with USB keys containing more than 50,000 pages of documents that included emails and correspondence from Russian government officials.

“The initial focus has been on the urine samples at Sochi, but what else may be in the additional 40,000 pages that have not been looked at?” Pound said. “We’ve only skimmed the surface of all these documents. Maybe there are details about blood doping in there that we don’t know about yet.”

According to WADA’s 2014 annual report, Russia’s anti-doping lab in Moscow conducted 1,595 blood tests for athletes in 2014, including 456 tests during competition. The lab in Sochi conducted 111 tests, including 52 during the Olympics.

It’s unclear whether WADA is reviewing those results.

A WADA spokesman did not respond to an email seeking comment.