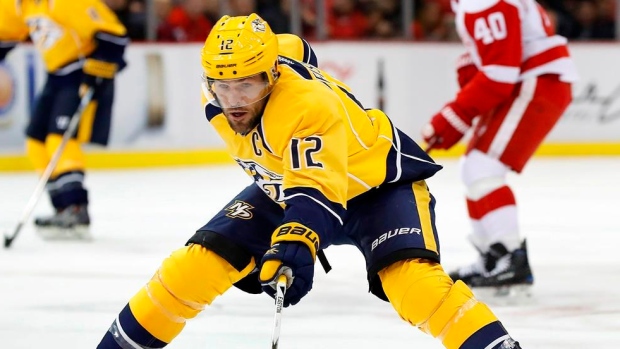 Mike Fisher is officially a member of the Nashville Predators once again.

The Predators announced Monday Fisher has signed a one-year, $1 million contract for the remainder of the season.

Fisher retired following last season's run to the Stanley Cup Final, but announced in late January that he was planning to come out of retirement and join the team.

In 72 regular-season games last year, he had 18 goals and 24 assists. He served as the Predators' captain last season, taking over from Shea Weber, who was traded to the Montreal Canadiens. Roman Josi was named the team's new captain in September.

Fisher has 276 goals and 309 assists in 1,088 regular-season games over 17 seasons with the Ottawa Senators and Predators. He has 23 goals and 28 assists in 134 career playoff games.

The Predators will be back in action Tuesday against the Winnipeg Jets. Nashville (85 points) sits two points ahead of the Jets (83) for top spot in the Central Division with one game in hand.