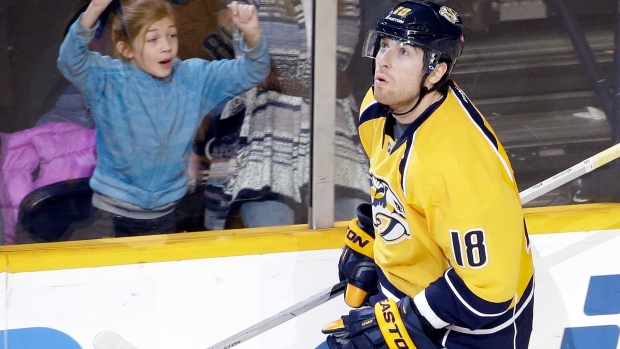 Nashville Predators forward James Neal became the first player to be issued a $2,000 fine for diving.

Under NHL Rule 64 (Diving/Embellishment), Neal was fined for a dive, his second of the season, in a 2-0 loss to the San Jose Sharks on December 13. He was given a two-minute minor for embellishment on the play.

Neal, 27, was previously issued a warning following a dive in a November 13 loss to the St. Louis Blues. He was not penalized for the dive.

If Neal were to offend for a third time, a $3,000 fine would be forthcoming from the league.

Starting with Neal, the NHL plans to publicly release the name of any player who is cited for two dives or more.