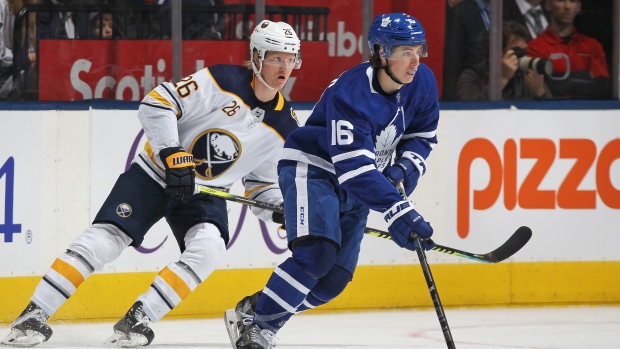 Lost in a flurry of trades last week was a subtle but important point: NHL front offices are trying to improve their rosters but are doing so under the auspice of flat or slow salary cap growth for the foreseeable future.

It’s is a rather unique wrinkle for a league that, by and large, has seen the salary cap increase year over year by about 4.5 per cent. In a hard-cap league that doesn’t allow for overruns and luxury tax payments, that sort of cap growth is critical for big-market teams that spend aggressively each off-season.

Much of the focus in this realm has fixated on the two-time Stanley Cup champion Tampa Bay Lightning, an organization that has been operating on razor-thin margins against the cap ceiling for some time. (Some believe they have been increasingly creative in how they’ve managed that.)

The Toronto Maple Leafs are another big-market team that’s been dealt a difficult blow through slowed revenues and the associated flat cap. Toronto has about $9-million in cap space, but the roster is still incomplete – the goaltending position behind Jack Campbell is bare and will wipe away some of that room. It’s a big issue for a Maple Leafs organization that’s under increased scrutiny due to repeated postseason failures.

To that end, general manager Kyle Dubas’ recent comments were impossible to ignore – he believes in the core of this roster, but the approaching season surely has a “Last Dance” feel to it.

Based on Dubas’ comments, I don’t expect much from the Maple Leafs this off-season beyond tinkering at the periphery and bringing in another goaltender. But it is interesting to consider how the Maple Leafs could be opportunistic here.

One of the biggest challenges they have right now is a top-heavy roster on the cap front – not an issue for teams winning through their stars, but again, that hasn’t been the case in Toronto. Although Auston Matthews appears worth every penny, players like Mitch Marner ($10.9-million AAV) continue to be evaluated.

Top-pairing defenceman Morgan Rielly’s contract is another issue. The deal expires at the end of next season and he is looking at a raise, one he probably can’t get in Toronto, which would put another hole in the blueline.

Down the Queen Elizabeth Way, the Buffalo Sabres are heading towards another rebuild. The Sabres recently moved forward Sam Reinhart to Florida and have been persistent about trading Jack Eichel, though progress there has stagnated.

Also of note: the Sabres have $37-million in cap space and are in dire need of more talent throughout the lineup. Their core performance has, by and large, been a disaster.

So, hear me out for one moment: The Sabres have a pressing need for young talent and hold endless cap space – space that is only going to increase if an Eichel trade ever materializes, or whatever ends up happening with high-priced winger Jeff Skinner and his contract.

Enter Marner – a game-breaking 24-year-old offensive talent coming off a 67-point season (20 goals and 47 assists) in just 55 games played. Marner is signed through 2024-25 and doesn’t have any trade restrictions or movement clauses until 2023, both of which are enticing for a team like Buffalo. 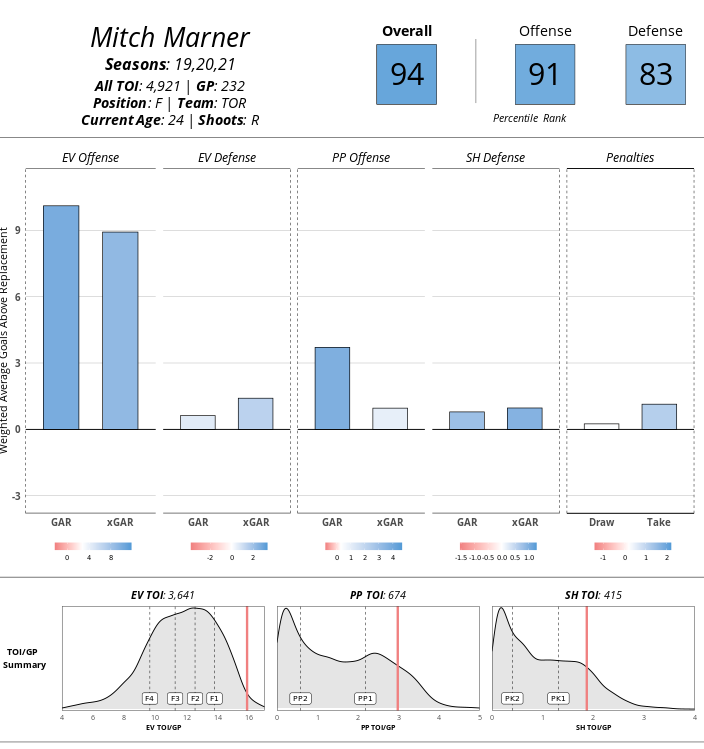 Even on an expensive deal, few teams have the assets to trade for a player like Marner. That’s where Sabres defenceman Rasmus Dahlin comes into play. The former first-overall pick (2018) has shown signs of brilliance in Buffalo, but it’s been rather inconsistent, and the 2020-21 season was particularly ugly. The offensive playmaking and distributing ability is there in spades; so too, unfortunately, was shoddy off-the-puck play.

What’s hard to tell is how much the Sabres acted as an anchor on Dahlin’s production versus how much Dahlin contributed to Buffalo’s struggles – though just 21 and clearly still developing, it cannot be discounted that Dahlin (who averaged nearly 22 minutes a night last season) was contributory on that front.

Those same regression-based Goals Above Replacement models still like Dahlin, but his career-to-date has been much more muted: 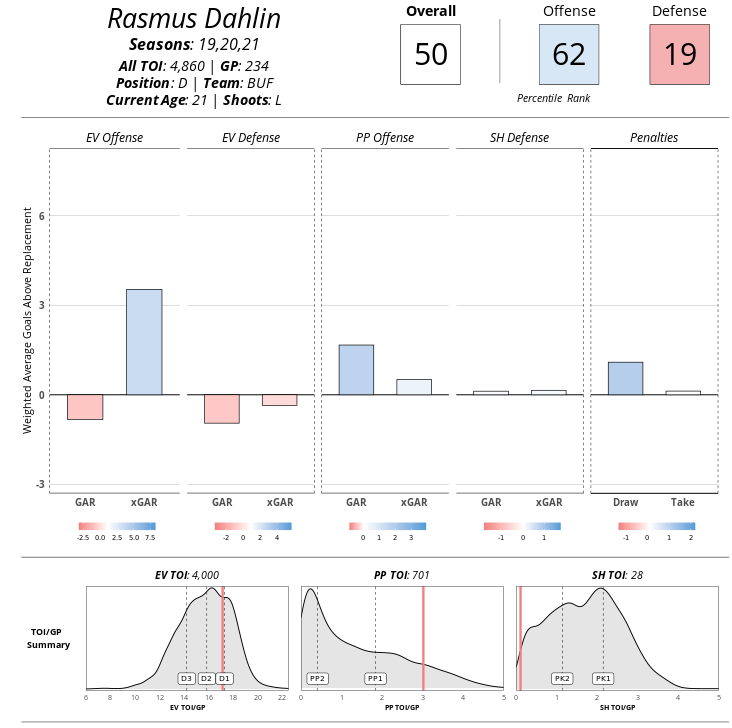 There would be a lot more going into the framework of a trade involving two names as big as this. The Maple Leafs would get to work on Dahlin’s extension first, then might consider deploying the extra cap space on a top-nine winger – be it through the trade market or free agency.

For the Sabres – well, a lot of work would have to go into building up the blueline. Having recently traded Rasmus Ristolainen and his expiring deal to Philadelphia, the current defensive corps is thin – only Colin Miller, Robert Hagg, and Jacob Bryson are rostered next season, with Henri Jokiharju still an unsigned restricted free agent.

This is where the framework of a trade can expand. Perhaps the Sabres take a look at another younger player like Leafs defenceman Travis Dermott, who suddenly becomes a bit more expendable with Dahlin in a trade.

You could sit and build theoretical trades for hours, but the reality is the foundational part of it – the Maple Leafs adding a big name to their blueline while clearing the space needed to build out the rest of the roster; the Sabres adding an elite (and locked in) offensive talent who should dovetail with their rebuild – makes some degree of sense. And, remember: the Sabres hedge on the downside risk here, acquiring a proven commodity and sending off a player whose true talent is still unclear.

Trades of his size are few and far between, but sometime the stars align. And with so many teams trying to improve against a salary cap headwind, more players will invariably be on the move.