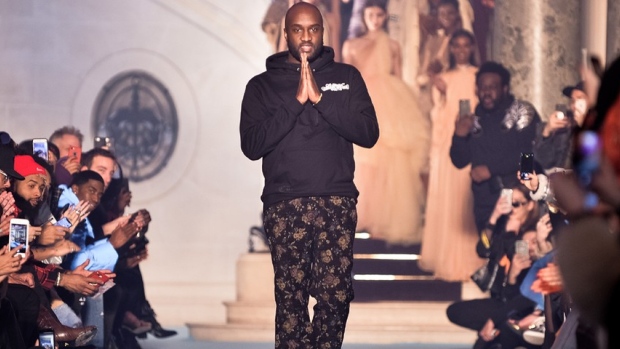 The news of Virgil Abloh’s tragic passing echoed around the world in late 2021, with its impact felt across the fashion and music industries and beyond. Now, Pulitzer winning-critic Robin Givhan is set to honour the streetwear mogul’s legacy in her new book, titled Make It Ours.

Givhan, the senior critic-at-large for the Washington Post, explores the life and career of the trailblazing Off-White founder and Louis Vuitton creative director as he inspired a new movement of fashion and culture.

Per a report by Business of Fashion, the new book will specifically explore “how Black American culture, driven by hip-hop, street style and sports, collided with the grand old bastions of high luxury to democratise fashion, create a new global vernacular for state and transform the way each of us constructs our identity through what we wear.”

Givhan's deep dive into Abloh's life will follow her previous book, The Battle of Versailles, which explored the fashion industry's shift away from couture towards American ready-to-wear in the 1970s. She was awarded the Pulitzer Prize for Criticism in 2006, the first time the award was ever won by a fashion writer.

Abloh passed away at the age of 41 in November 2021 after a long and largely private battle against a rare and aggressive form of cancer for roughly two years.

Make It Ours is set to be published by Crown, a subsidiary of publishing giant Penguin Random House. A release date is still to be announced.