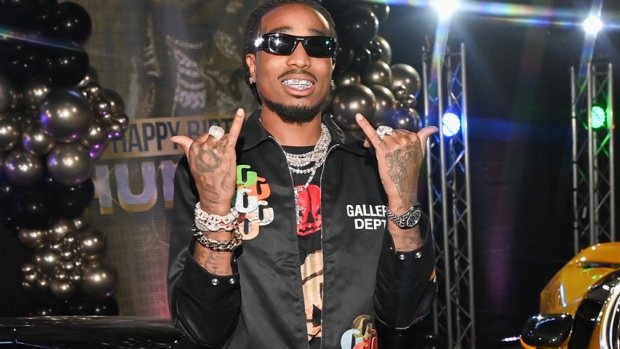 Migos’ Quavo has proven that he’s a versatile artist by making hit songs and starring in his own music videos, but his versatility reaches beyond hip-hop. Quavo has also been featured in TV series, including Atlanta, Black-ish and Narcos: Mexico, and he’ll return to the big screen again after being cast in the upcoming action thriller movie, Takeover.

In the upcoming action-thriller, Quavo will play the role of Guy Miller, a man attempting to get his life back on track while on parole. His journey to a clean slate is cut short when he is dragged back into Atlanta's street racing scene and is forced to “live up to his reputation as one of the slipperiest street operators in a lethal, head-long race against time.”

“I’m really excited for this opportunity, especially shooting in my hometown of Atlanta,” Quavo said in a statement. “This film is an ideal opportunity to further delve into my craft, and I can’t wait to see how the action plays out in this animated environment.”

Quavo is also set to star in the upcoming thriller, Wash Me in the River, alongside Robert De Niro and John Malkovich. Earlier this year, he dropped the solo track, “Shooters Inside My Crib.”