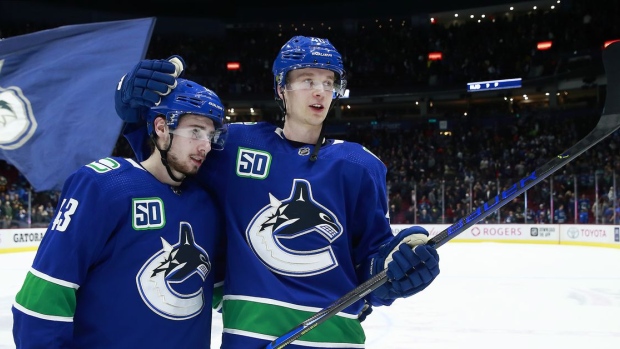 Restricted free agents Quinn Hughes and Elias Pettersson appear to be closing in on new contracts with the Vancouver Canucks.

According to TSN Hockey Insider Darren Dreger, Hughes is likely to receive a new six-year contract, while the term for Pettersson will be three years. The two sides are still working on final details before signing off on the average annual value.

As reported, the term for Hughes is 6 years and the term for Pettersson is 3 years. Two side are still grinding on the final details before signing off on exact aav for each.

Hughes, 21, was third on the team in scoring last season, recording three goals and 38 assists for 41 points in 56 games. In 129 career NHL games, the Orlando, Fla., native has posted 11 goals and 86 assists.