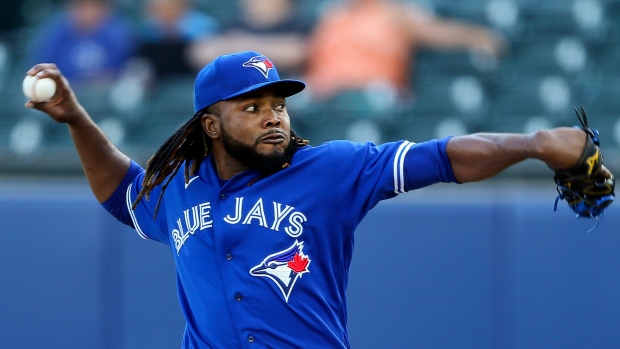 Dolis left Wednesday's game against the New York Yankees after just four pitches with "no sensation in his hand."

Dolis has struggled in 26 appearances so far this season, pitching to an ERA of 5.14 while walking 7.3 batters per nine innings. Last season, he had a 1.50 ERA over the course of 24 games.

The Jays also recalled pitcher TJ Zeuch from Triple-A Buffalo as he will get the start on the mound for the Blue Jays on Thursday.

Outfielder Teoscar Hernández has been placed on the paternity list while outfielder Jared Hoying has been selected to the active roster.

Right-handed pitcher CJ Edwards is now on the 60-day IL.

The Jays will wrap up their series with the Yankees Thursday night at Sahlen Field in Buffalo before heading to Baltimore to take on the Orioles.