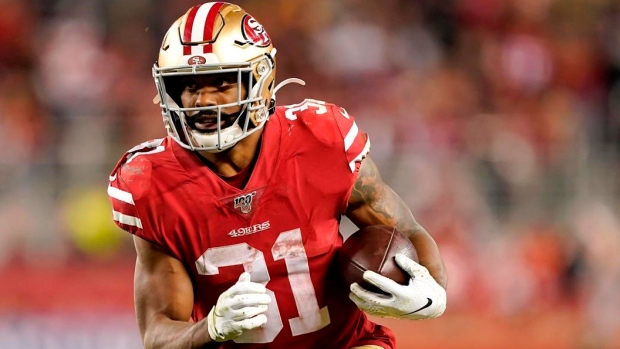 San Francisco 49ers running back Raheem Mostert has been placed on the injured reserve list and is expected to miss about eight weeks with a knee injury, head coach Kyle Shanahan announced.

The 29-year-old was injured in Sunday's season-opener against the Lions in Detroit, rushing twice for 20 yards before departing.

This is Mostert's sixth year with the Niners after joining the team during the 2016 season. He rushed for 521 yards and two touchdowns in eight games last season.

San Francisco held onto win Sunday's game 41-33 and will be back in action against the Eagles in Philadelphia in Week 2.