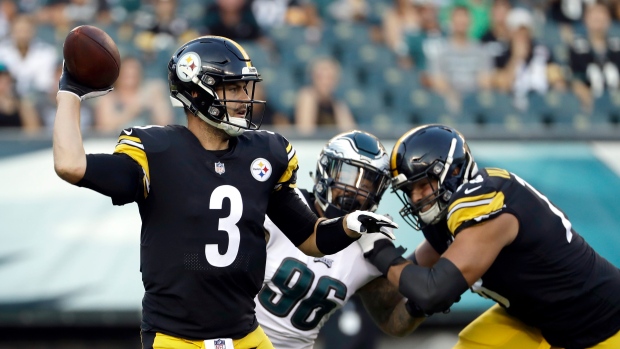 The move on Tuesday gives the Raiders another potential backup behind starter Derek Carr. Oakland signed Mike Glennon earlier in free agency and also has Nathan Peterman on the roster.

Jones was originally a fourth-round pick by Pittsburgh in 2013. He has played 18 games with five starts in his career, completing 108 of 169 passes for 1,310 yards, eight TDs, seven interceptions and an 86.2 passer rating.

"I like him because he has experience," coach Jon Gruden said. "I've seen him win games as a starter. I think his history with Antonio Brown will help me personally. A productive guy. He's a quick study. He can learn. He can go out there and function on game day with very little reps, and that is a skill that is hard to find.

"I'll get a lot from that. I'll break down all of Antonio's targets — I don't just break it down one play after another, it's this play, this is the play they are running. Why did he run this route? How did they coach this route? ... You learn a lot of things they asked him to do, and that will help me."