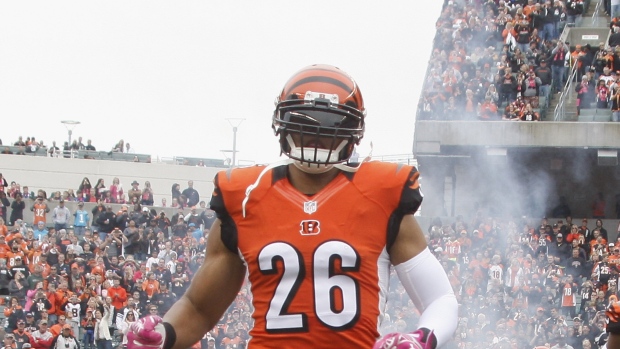 The moves come less than two weeks after the two were released on cut-down day and two days after safeties Charles Woodson and Nate Allen, and defensive tackle Justin Ellis left the season opener with injuries.

Also, quarterback Derek Carr said he has tried to throw with his bruised hand but the team wanted him to rest on Tuesday. Carr is optimistic about playing this week against Baltimore.

Allen was placed on injured reserve with a designation to return with a knee injury. He is eligible to practice Oct. 27 and can return to the field to play Jacksonville on Nov. 15.

Woodson dislocated his shoulder and also is expected to miss time. That left the Raiders with just two healthy safeties in Larry Asante and recently acquired Keenan Lambert before the move to bring back Mays.

Mays has played 66 career games with 10 starts since being drafted in the second round by San Francisco in 2010. Mays was mostly a special teams player last year in Cincinnati when he got just 61 snaps on defence.

He spent time with Minnesota and Detroit this off-season before joining the Raiders late in training camp. He played in two preseason games before being cut Sept. 5.

"Taylor and I worked together the fourth preseason game so we know each other fairly well," Asante said. "It's all about communication on the back end and getting everybody aligned right. Once we communicate, and get the safeties on the same page we'll be fine."

The Raiders also might need an additional safety before Sunday. Tevin McDonald is on the practice squad after spending training camp and the preseason with Oakland.

Ellis said he hurt his left ankle in the first quarter of Sunday's 33-13 loss to Cincinnati when it was fallen on in a pile. He initially feared the injury was serious but he said tests have provided good news and he hopes to practice this week.

Wilson provides insurance after spending last season and the entire off-season with the Raiders.