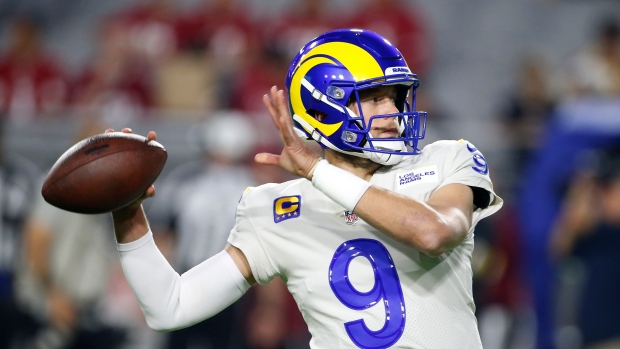 Rams: Los Angeles made a big statement Monday night in a blowout 34-11 win over the Arizona Cardinals with the ground game and defence leading the way. Cam Akers, making his return to the lineup from a torn Achilles, looked explosive in the run game, and Sony Michel chipped in 58 yards on 13 carries. The defence kept Kyler Murray on his toes all night, sacking the quarterback twice, and adding two interceptions. The Rams face a much harder challenge this week, taking on a Bucs team that just limited the Philadelphia Eagles to just 15 points and 95 rushing yards, their lowest total since Week 5. Quarterback Matthew Stafford wasn’t asked to do much in the first round, but was solid when his name was called, completing 13 of 17 passes for 202 yards and two touchdowns. If they can get the pass game working, we could be in store for an upset.

Buccaneers: Tom Brady moved to a perfect 5-0 in the playoffs with Tampa Bay on Saturday with a 31-15 victory. Brady threw for 271 yards and two touchdowns, and connected with Mike Evans and Rob Gronkowski  for both of his touchdowns, 14 of his 29 completions and 148 combined yards. Earlier this season the Bucs fell to the Rams, but Evans had a big game with eight catches for 106 yards. Expect Brady to feed Evans on Sunday as the team continues to be without wide receiver Chris Godwin, who’s out with a knee injury, while fellow wide receiver Antonio Brown was released after his in-game outburst against the New York Jets in Week 17. If the Rams limit the success for Evans and Gronk, who on the roster will step up?