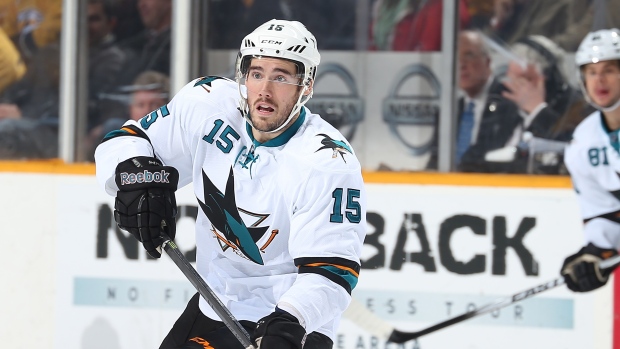 SAN JOSE, Calif. - The San Jose Sharks have traded forward James Sheppard to the New York Rangers for a fourth-round draft pick in 2016.

The deal was announced on Sunday, a day before the NHL's trade deadline.

The 26-year-old Sheppard had five goals and 11 assists in 57 games with San Jose this season. He played mostly as a third-line centre for the Sharks but also has played wing in the past.

San Jose has lost 10 of 13 games to fall into 10th place in the Western Conference and put its streak of 10 straight playoff berths in jeopardy.

General manager Doug Wilson is looking to acquire assets for pending free agents like Sheppard as part of a rebuilding in San Jose that began after last season's playoff collapse.