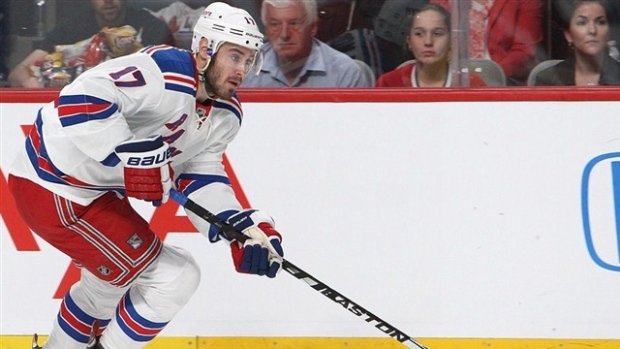 Terms for the restricted free agent were not disclosed, but the New York Post reported it to be a one-year deal worth $850,000.

Moore appeared in 74 games for the Rangers last season, registering four goals and 11 assists for 15 points. He also had a plus-7 rating.

The 23-year-old Illinois native also notched two assists and plus-2 rating in 21 playoff games last spring, helping the Rangers to the Stanley Cup Finals. He was suspended two games for a hit to the head of Montreal forward Dale Weise in Game 5 of the Eastern Conference finals.

Moore was selected by Columbus with the 21st overall pick of the 2009 draft and was traded to New York in April 2013 as part of the deal that sent Marian Gaborik to the Blue Jackets.