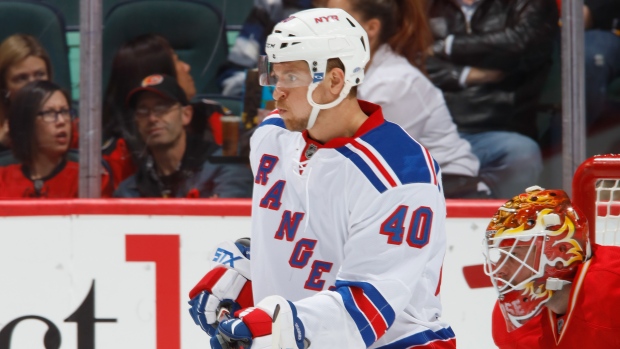 Grabner led the league with seven points (five goals, two assists) in three games. He had the winning goals in both of the Rangers' victories last week.

Maroon had five goals and an assist in four games, including his first career hat trick in a 4-3 victory over the Boston Bruins on Thursday.

Holtby went 2-0-0 in three games, compiling a 1.29 goals-against average, .955 save percentage and two shutouts to guide the Capitals to a perfect 3-0-0 week.