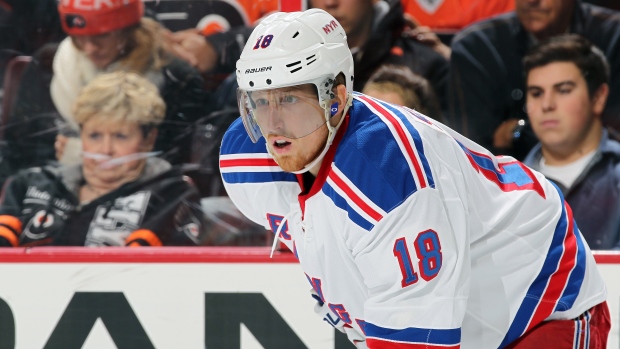 NEW YORK, N.Y. - Rangers defencemen Marc Staal and Dan Girardi have had ankle surgery, and the team says they should be ready for training camp.

Both played throughout the playoffs, which ended with a Game 7 loss last week to Tampa Bay in the Eastern Conference finals. New York did not announce that either was injured while the team was playing.

Staal had a bone chip removed; Girardi had a bursa excision. The team on Friday did not say which ankle was operated on for either player.

Girardi played all 82 regular-season games, tying him with Brian Leetch for the most seasons doing so. He tied for sixth in the NHL with 184 blocked shots.

Staal played 80 regular-season games and had a plus-18 rating, the best of his career.