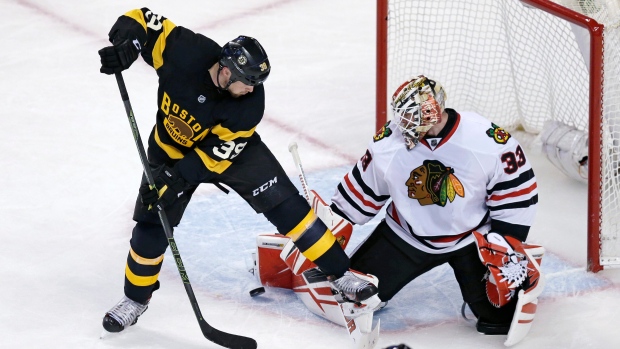 Matt Beleskey appears to be headed back to the American Hockey League.

The New York Rangers waived the 30-year-old forward on Wednesday after making him a healthy scratch in each of the team's first nine games of the season.

Beleskey has appeared in just one game with the Rangers since joining the team as part of the deal which sent Rick Nash to the Bruins last February. The Bruins retained 50 per cent - the maximum allowed under the CBA - of Beleskey's $3.8 million cap hit, which he carries through next season.

As TSN Senior Hockey Reporter Frank Seravalli points out, Beleskey has been scratched in 108 of his last 148 games NHL games. He scored five goals and posted 12 points in 35 AHL games last season.

Matt Beleskey (#NYR), on waivers today, has been scratched for 108 of his last 148 #NHL games. He's in the fourth season of a five-year, $19 million deal originally signed with the #Bruins.

A fourth-round pick of the Anaheim Ducks in 2006, Beleskey had a breakout season in 2014-15 with the Ducks, posting 22 goals and 10 assists in 65 games. He signed his current five-year, $19 million contract with Boston following that campaign. He scored 15 goals and a posted a career-high 37 points in his first season with the Bruins, but owns just three goals and eight points in 64 games over the two seasons since.

Also on waivers on Wednesday is Arizona Coyotes forward Mario Kempe, who is without a point in four games this season.