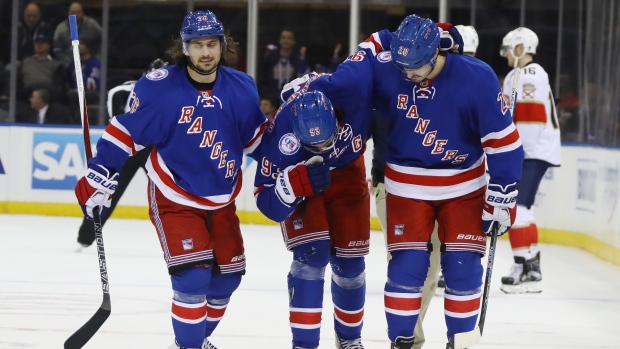 Vigneault said Zibanejad will be out 6-8 weeks.

Zibanejad was injured after crashing into the boards behind the net, and the game was delayed as he was tended to.

In Zibanejad's first season with the Rangers, the sixth-overall pick in the 2011 draft had five goals and 10 assists in 20 games.