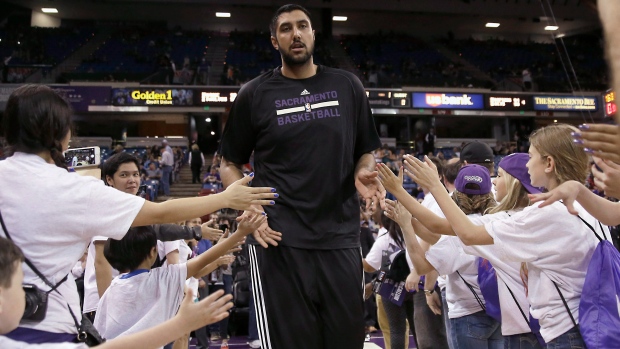 The Raptors' D-League affiliate got the rights to the seven-foot-five centre from the Reno Bighorns in exchange for the rights to guard Ricky Ledo.

Bhullar, 22, played three minutes in the NBA last season for the Sacramento Kings.

He was also a part of Canada's silver-medal team at the Pan American Games.

Raptors 905 also sent the rights to forward Earl Clark to the Bakersfield Jam for a third-round pick.

Clark was a Raptors 905 expansion draft selection this past summer.