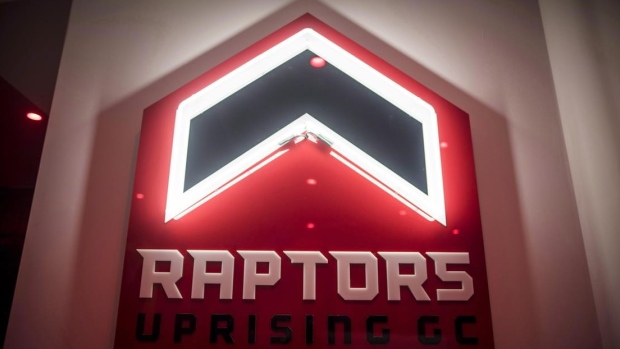 The Raptors will play Gen.G Tigers on Friday in a battle of unbeaten teams at the tournament. The expansion Shanghai squad, the lone member of the 23-team league from outside of North America although it plays out of Los Angeles, defeated Cavs Legion GC to make the final four.

Kings Guard Gaming will face Jazz Gaming in the other semifinal.

Star point guard Kenneth (Kenny Got Work) Hailey scored 31 points and added nine assists to lead Toronto to a 84-64 victory over the Bucks in Game 1 as four Raptors finished in double figures. Centre Jerry (Sick One) Knapp had 12 points and 15 rebounds with younger brother Jake (Legit 973) Knapp pulling down 10 rebounds.

Hailey, a 30-year-old from Memphis who was working for AT&T as a distribution co-ordinator until he quit his job to game professionally, scored 28 points and added 10 assists to help Toronto dispatch the Bucks 90-65 in Game 2.

The Raptors, 9-0 in regular-season play, thumped Blazer5 Gaming and Lakers Gaming in group play Wednesday to advance to the quarter-finals.

Hailey scored 58 points in Game 1 against the Lakers and averaged 39.8 points and 10 assists over the four group games. Jerry Knapp had four double-doubles.

The Bucks won their group with a 3-1 record, dispatching Knicks Gaming 66-61 in the decisive finale.

The Bucks (4-4 in regular-season play) had won all three previous meetings with the Raptors although Thursday marked their first encounter this season.

Toronto had a slow start in Game 1 against the Bucks but only trailed 15-13 after the first quarter despite being outplayed. A 16-2 Raptors run to open the second changed things quickly and Toronto led 37-28 at the half.

Milwaukee used some smothering defence to cut the deficit to one, prompting the reeling Raptors to call a timeout. Toronto responded with a 9-0 run and led 60-50 going into the fourth.

Milwaukee couldn't get closer than seven points and the Raptors finished on a roll.

Toronto raced into a 14-2 lead in Game 2 and led 19-8 after a first quarter that saw Milwaukee struggle on 4-of-13 shooting. It was 35-26 Raptors at the half and one-way traffic after that.

All five Raptors scored in double figures with Maurice (ReeceMode) adding 22 points. Jerry Knapp had another double-double with 10 points and 13 rebounds.

Gen.G (4-4 in regular season play) finished 4-0 in the same preliminary-round group as Toronto although the two teams did not play. The Tigers, who finished second in the group on point differential, advanced to the knockout round as a wild card.

Toronto came into the remote-play tournament on the heels of a record-breaking 109-51 win over Celtics Crossover Gaming, erasing the league mark for single-game scoring.

In its nine best-of-three series wins so far in the regular season, Toronto has dropped just three games while winning 18. The Raptors have won six straight games in tournament play.

The Tipoff served as the curtain-raiser to the regular season in the first two years but was pushed back this year when the global pandemic delayed the start of play.

The first two editions of the tournament were won by 76ers GC, which failed to advance out of group play Wednesday with a 2-2 record.

This marks the deepest the Raptors have gone in the tournament. They failed to advance out of the group stage in 2018 and reached the quarter-finals last year, ousted by Magic Gaming.

Teams return to remote regular-season play after The Tipoff.