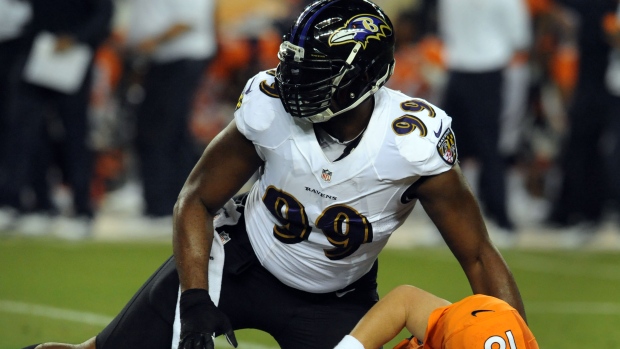 The Ravens terminated Canty's contract on Feb. 27. But now he's back in the fold.

Ravens general manager Ozzie Newsome says, "We talked weeks ago about the possibility of Chris coming back, and we are happy he is."

Canty was inactive for five games last season and had three games without a tackle. He finished with 33 tackles and a half-sack in 11 starts. Financial terms of his 2-year deal were not released.

Canty played four years in Dallas and won a Super Bowl during a four-year run with the New York Giants.