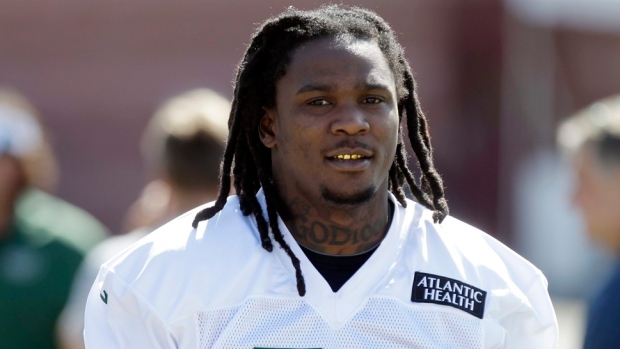 Running back Chris Johnson was a full participant at practice Thursday for the first time since joining the New York Jets after recovering from off-season knee surgery.

Johnson, who signed with the Jets in April, had surgery on a torn meniscus in his right knee after last season. He played through the injury most of last season, when he ran for 1,077 yards — the second-lowest total of his career.

Johnson was limited throughout the off-season workouts and minicamp as the Jets tried to be cautious in getting him on the field.

"I'm ready to go do whatever they ask me to do," he said.

Johnson, who rushed for 2,006 yards in 2009 with Tennessee, fumbled a handoff but showed off some of the speed that made him one of the league's fastest players. He also lined up a handful of times at receiver, a spot where he could be frequently used with the Jets.

Johnson had a career-high 57 receptions out of the backfield in 2011, and caught 42 passes last year despite dealing with the knee issue. With his speed, he could create big-time mismatches as a pass-catching back.

"When you see Chris Johnson in the flat, they're going to have to be mindful of that," wide receiver David Nelson said of opposing defences.

"They're going to have to jump to that. When they do that, it opens up a lot of spaces and a lot of spots in the middle of the field. If they don't, he's going to take it to the house.

"It opens up a whole different dimension for us, especially in the passing game."

Fellow running back Chris Ivory was limited with a tweaked hamstring that coach Rex Ryan didn't believe was serious.

Guard Willie Colon and linebacker Antwan Barnes, both on the active/physically unable to perform list while recovering from knee surgeries, worked out with trainers on the sideline during practice. Ryan indicated that Colon could return a lot sooner than Barnes.