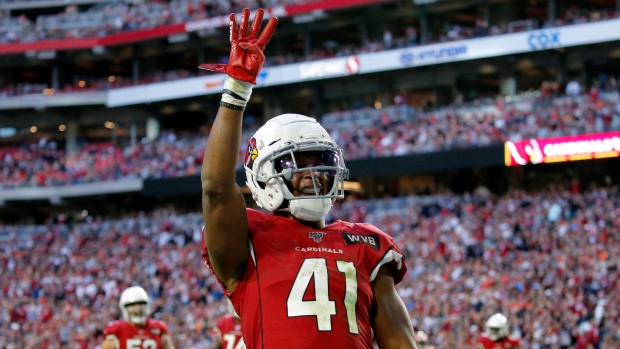 Running back Kenyan Drake's agency says he will sign his one-year, $8.5 million tender to stay with the Arizona Cardinals.

The Cardinals placed the transition tag on Drake earlier this week, which meant the player could negotiate a deal elsewhere but Arizona had the right to match the offer. Drake's agency, SportsTrust Advisors, announced on Saturday that he would sign.

The 26-year-old Drake came to the Cardinals in a mid-season trade from the Miami Dolphins. He was productive in eight games, running for 643 yards and eight touchdowns, including a four-touchdown game against the Cleveland Browns in Week 15. He also caught 28 passes for 171 yards.

Drake is expected to be the Cardinals' premier back next season after they traded David Johnson to the Houston Texans for receiver DeAndre Hopkins earlier this week. Arizona coach Kliff Kingsbury said several times during last season that Drake's versatility made him an ideal fit for his team's offence.

Arizona has had a productive start to free agency. In addition to trading for Hopkins and keeping Drake, the Cardinals bolstered their defence by adding lineman Jordan Phillips and linebackers Devon Kennard and De'Vondre Campbell.