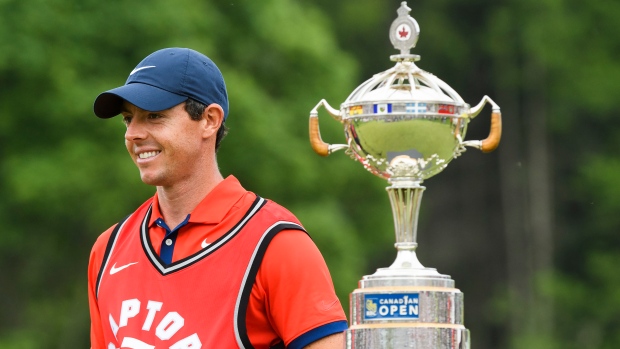 The RBC Canadian Open may not be cancelled yet, but it appears its fate has been sealed.

With federal, provincial and municipal regulations putting a stranglehold on almost every aspect of the tournament, there seems little way the event, slated for June 11-14 at St. George’s G&CC in Toronto, will proceed on that date.

On Tuesday, Toronto mayor John Tory issued a cancellation of all permits and access to city services for festivals and events through June 30 due to the coronavirus pandemic. There was a thought the Open might get a reprieve when the city said the declaration did not include sporting events, however that only applied to games in stadiums or arenas.

The golf tournament falls into a different area. It requires permits for things such as road closures, traffic control, temporary building permits and police services. Included in that list was closing three lanes of Islington Avenue to house a television compound and a large food and beverage centre.

Even if tournament organizers tried to get creative and hold the event without using city property or services, it might be seen as going against the spirit of what Toronto officials are trying to achieve, which is to slow the spread of the COVID-19 virus.

The city rules are also just one level of restrictions. The provincial rule on non-essential work means no preparation work has been done at St. George’s for more than a week. Ontario has also prohibited gatherings of more than five people, meaning no fans would be allowed.

The federal travel restrictions would make it more than challenging for players and officials to get to Toronto. The list is long and necessary.

There has been some talk of proceeding without fans, and that idea is reportedly not off the table. But that would still require a large contingent of workers to do everything from prepare the course, to shuttle golfers down the street to the driving range, to pull together a broadcast. Social distancing would still be next to impossible and the optics would not be favourable.

It’s apparent, then, that all that is left to do is end it. That decision rests with PGA Tour commissioner Jay Monahan. In his two previous announcements, he’s cancelled a group of four tournaments each time.

If that pattern continues it would mean the Charles Schwab Challenge (May 21-24), the Rocket Mortgage Classic (May 28-31) and The Memorial (June 4-7) would join the RBC Canadian Open in being pulled from the schedule.

The U.S. Open is supposed to be played the week after the Canadian stop, but reports indicate it will try to move to a date in the fall.

Could the RBC Canadian Open also look at rescheduling to a date later in the calendar? While admitting it’s still a long shot, the calendar is reportedly being scoured for possible dates.

The loss of the Canadian championship would be sad news for tour players, especially the Canadians, who count it as a major.

“I’ll be really disappointed if it gets delayed, but obviously it’s not an easy decision and there are very valid reasons for things getting cancelled or postponed,” said Corey Conners on Wednesday. “It’s an event I’ve been looking forward to all year really. It’s so much fun to play in front of the Canadian fans.”

Those fans may have to wait a little bit longer before the tournament that was first played in 1904 has another chapter added to its history.