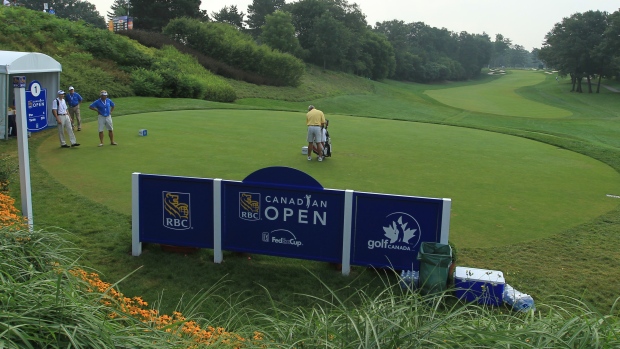 While it has not yet been cancelled, it appears that the RBC Canadian Open is likely to be pulled from the PGA Tour schedule in the next few weeks. If that does happen, it would mark the second consecutive year that the national men’s championship has been called off.

According to multiple sources, cross-border restrictions due to the COVID-19 pandemic have made it all but impossible to get PGA Tour players, caddies, television personnel and officials into Canada to play and organize the event, scheduled for June 7-13 at St. George’s G&CC in Toronto. Under the current regulations, it would require a two-week quarantine by anyone making the journey as well as a myriad of testing.

Golf Canada has been working feverishly with officials from Health Canada to try and find a way to get the estimated 400 individuals associated with the tournament across the border safely but no solution has been found.

Currently no major professional sports leagues have operated by travelling across the U.S.-Canada border on a frequent basis. The Toronto Raptors, Blue Jays and three Major League Soccer teams based in Canada have adopted temporary home sites in the U.S., while the NHL is working with an all-Canadian division. Other events such as the world junior hockey championship and curling’s Season of Champions have operated inside a bubble. That’s not an option for a one-week tournament.

One source also stated that even if the tournament could work out a program with government agencies to get the PGA Tour players into Canada from a logistical standpoint, it could turn into a public relations nightmare for the organizers and sponsors. Wealthy golfers getting special treatment at the border would likely draw a flood of negative reactions. It might all be made worse by the fact that St. George’s G&CC is just a few kilometres from the home of Ontario Premier Doug Ford.

A number of other options have been considered such as a new date or even possibly moving the tournament to a non-Canadian location, but all were quickly ruled out due to logistics or optics.

Piling on to the problems was Wednesday’s announcement from the City of Toronto that cancelled all city-led and city-permitted outdoor events up to and including Canada Day amid news that COVID-19 cases could again be on the rise. While the RBC Canadian Open is technically a private event and could still be held without fans, there would be little to no assistance from city resources. The event is relying on using Islington Avenue to house media trucks and other facilities needed for the tournament.

In a statement, Golf Canada accepted the decision from the municipal government.

“Today, the City of Toronto announced the cancellation of city event permits for events through July 1, 2021 due to the ongoing COVID-19 pandemic. Golf Canada and RBC are assessing how this decision will impact all aspects of the 2021 championship. First and foremost, we appreciate the severity of this precaution in the city’s ongoing response to this unprecedented health crisis. The health and safety of everyone connected to the tournament will always come first, and we respect the city’s decision to act in the best interest of community health. We continue to work with our partners at RBC and the PGA TOUR to determine the best course of action for the 2021 RBC Canadian Open.”

That decision may soon be an inevitable one and, for Canadian golf fans, an unpopular one at that.