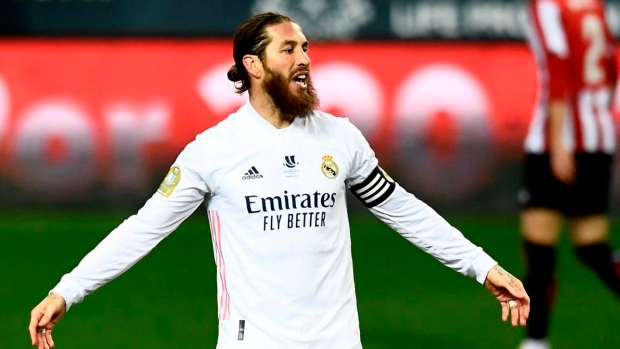 After 16 seasons and a whole cabinet full of trophies, the Sergio Ramos era at the Bernabeu is over.

Real Madrid announced on Wednesday that the Spain defender and club captain will be departing the club upon the expiry of his contract at the end of the month. A press conference will be held on Thursday as "an institutional act of tribute and farewell" to the 35-year-old Ramos.

A native of Camus, Ramos joined Los Blancos from Sevilla in 2005 for £24.3 million, which was at the time a record fee for a Spanish defender.

Over the next 16 seasons, Ramos would go on to make 671 appearances across all competitions, winning five La Liga titles, two Copa del Reys and four Champions League crowns.

Internationally, Ramos has been capped 180 times by Spain, winning two Euro titles and the 2010 World Cup, but was left off Luis Enrique's current Euro squad.