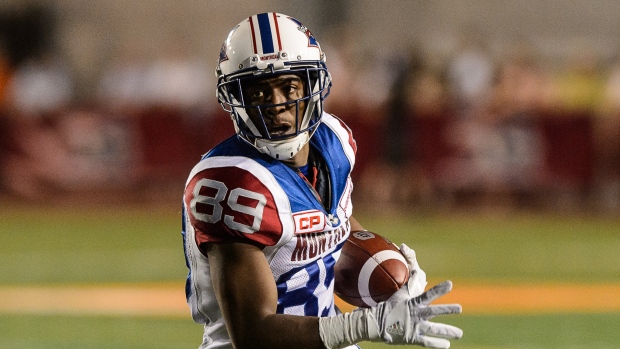 The Montreal Alouettes are cleaning house as they wrap up a trying season.

Had fun Montreal! 😁 Much love! Much will be said in the next few days... Sorry I can't help Montreal get back to the glory days 🙏🏾

The club made the news official later in the morning.

Head coach Jacques Chapdelaine told Carter that he wouldn't be featured the rest of the season, according to Lawless.

According to Carter, Chapdelaine said the @MTLAlouettes wouldn't feature him rest of the way and it would only frustrate him #cfl @cfl

Carter has had a slew of disagreements with coaches and players this season, namely quarterback Rakeem Cato. During a mid-September practice, Cato reportedly got into verbal altercations with both Carter and Stafford, with Cato even shoving Carter at one point.

Carter, 25, has recorded 938 yards receiving with five touchdowns in 2016, his third year with the club. Despite the late season release, Carter still wants to play football somewhere this season.

Duron Carter cut by @MTLAlouettes says he wants to sign with another @cfl #cfl club asap. "I want to be in playoffs and I want to win GC."

Unfortunately the talented receiver will have to wait till next year to return to the field as players released after the trade deadline can sign with another club, but are ineligible to play the rest of the year.

Just heard from @cfl #cfl "Players released by their team following Trade Deadline CAN be signed by any team but CANNOT play in '16."

Stafford has 215 yards receiving with a pair of touchdowns catches over nine contests. The 26-year-old played in Montreal during the 2014 season before putting up the best numbers of his career in Edmonton last season. He signed a one-year deal to re-join the Als this season.

Montreal sits last in the East Division with a 4-11 record.