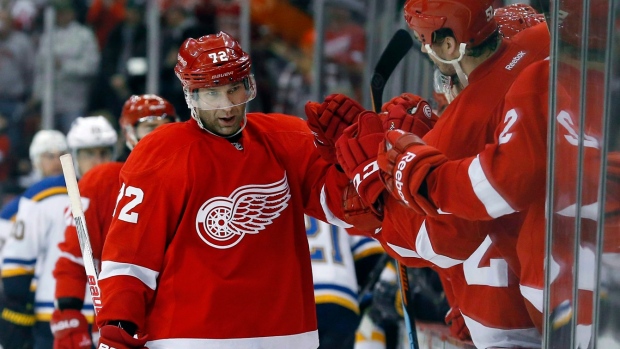 DETROIT - Red Wings forward Erik Cole will miss the rest of the season because of a spine contusion.

A team spokesman said Wednesday that Cole has been advised by doctors not to play the remainder of the regular season and playoffs because of the contusion suffered March 24 against Arizona. The 36-year-old Cole was acquired by Detroit in a deadline deal with Dallas.

He has played 11 games for the Red Wings, scoring three goals with adding three assists.

Detroit is part of a logjam of teams trying to secure playoff spots in the Eastern Conference as the regular season winds down. The Red Wings can clinch their 24th consecutive post-season berth with a win at Montreal on Thursday night.