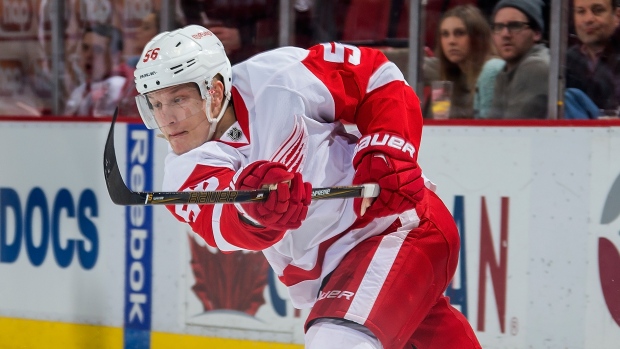 The team announced the move Wednesday. The 24-year-old Pulkkinen had six goals and six assists last season for the Red Wings. He dislocated his right shoulder and played only 36 games for Detroit.

Over the past three seasons, Pulkkinen has played 70 games for the Red Wings, scoring 11 goals with nine assists. He also won the AHL's Willie Marshall Award for top goal scorer in 2014-15.

Pulkkinen was drafted by Detroit in the fourth round in 2010.