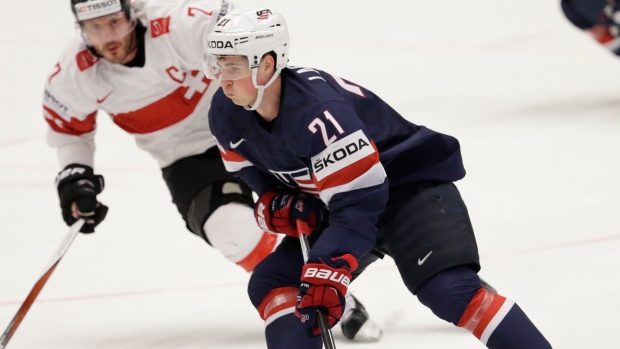 Dylan Larkin is leaving the University of Michigan early, signing a three-year entry level contract with the Detroit Red Wings.

The Red Wings’ first round draft choice in 2014, Larkin will be available for the team’s AHL affiliate – Grand Rapids Griffins – playoff run. The Rapids are currently in the Western Conference Finals against the Utica Comets.

The Michigan native had 15 goals and 32 assists last season with the Wolverines, second among freshmen behind only Jack Eichel.