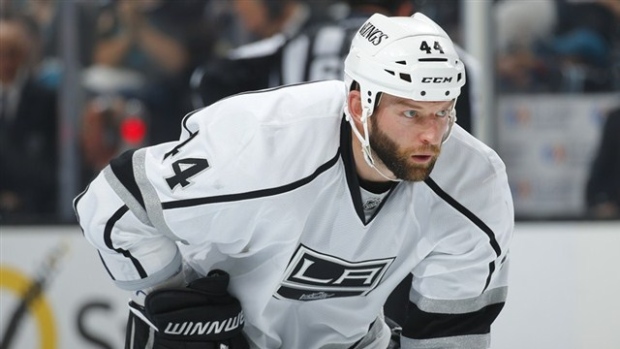 Robyn Regehr is set to retire from the National Hockey League as a member of the Calgary Flames.

The team announced that it will hold a news conference on Monday where Regehr will be honoured.

The 35-year-old was a first-round pick of the Colorado Avalanche in 1998 and was traded to Calgary as part of the Theoren Fleury deal in February, 1999. Regehr went on the play 11 seasons on Calgary's blue line, eventually leaving the Flames having played the second-most games in franchise history.

He also played four seasons for Buffalo and Los Angeles, and finished with 199 points in 1,089 games. He also had 18 points in 67 playoff games and won a Stanley Cup with the Kings in 2014.

Regehr originally announced his intention to retire following the end of last season.