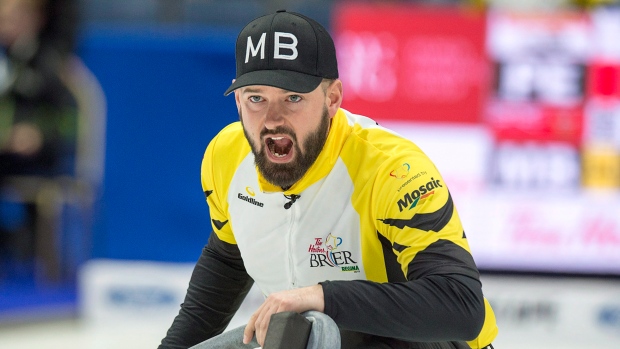 We are a Manitoba-based team and we’re so excited to be competing together for the next quadrennial! 🤩 Be sure to follow our journey on all social platforms! 👇🏻

Carruthers will skip the team with Gunnlaugson at third, Derek Samagalski at second and Connor Njegovan at lead.

Carruthers and Gunnlaugson played together for three seasons from 2005 to 2008.

Carruthers, 37, and Samagalski, 37, have played for Mike McEwen the past four seasons. They qualified for the Brier in each season together, representing Manitoba twice and Wild Card two other times. Team McEwen went 4-4 at November's Tim Hortons Curling Trials and 5-3 at this year's Brier.

Gunnlaugson, 37, has skipped teams in Manitoba for most of his career, leading the foursome of third Adam Casey, second Matt Wozniak and lead Njegovan for the past two seasons. Gunnlaugson has made three straight appearances at the Brier.

Team Gunnlaugson are 34-33 on the season with a bonspiel win in early December in Morris, Man. They went 2-6 at the Tim Hortons Curling Trials in Saskatoon and 6-4 at the Brier in Lethbridge, falling to Canada's Team Brendan Bottcher in the playoffs.