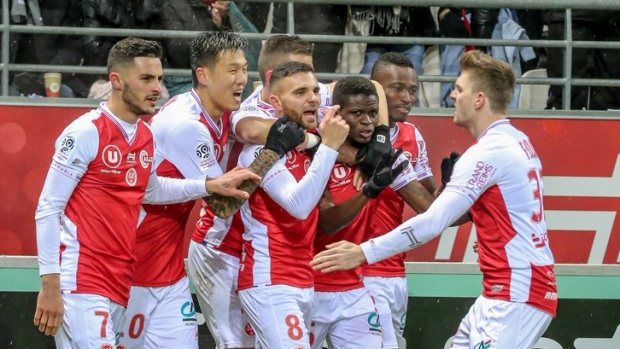 PARIS — Marseille further established itself as the main threat to Paris Saint-Germain in the French league with a 3-1 win over Bordeaux on Sunday.

With its sixth consecutive league win, nine-time champion Marseille remained five points behind PSG, which has a game in hand.

Marseille, whose main aim this season is to qualify for the Champions League, has opened a six-point lead over third-place Lille.

Trailing 1-0 at halftime, Andre Villas-Boas' team rallied at the Velodrome Stadium with goals from Jordan Amavi and Morgan Sanson. Marseille’s last goal in stoppage time was given to Bordeaux's Aurelien Tchouameni, who deflected a goal-bound shot from in-form Serb midfielder Nemanja Radonjic.

Solid throughout the first half, Bordeaux looked disorganized after the break. Amavi levelled with a header from Dimitri Payet’s corner before Sanson scored with a 20-meter strike.

Marseille is the first team this season with six straight league wins, its best sequence in the French league since the club managed eight in a row in 2014.

Reims beat Saint-Etienne for the first time in more than 40 years to extend its unbeaten run to four matches.

Remi Oudin, Boulaye Dia and Moussa Doumbia were on target for the hosts while Romain Hamouma scored for Saint-Etienne.

The victory lifted Reims within one point of Saint-Etienne in the standings.

Oudin, who scored 10 goals for Reims last season, put the hosts in front after 10 minutes but his acrobatic effort was cancelled out by Hamouma's strike in the 59th.

Dia scored his second goal in as many matches to restore Reims' lead and Doumbia made it 3-1 with a powerful strike in stoppage time.

NANTES BACK IN THE MIX

Ludovic Blas scored in the 73rd minute as Nantes moved within two points of the top three with a 1-0 victory against Dijon.

Blas joined from relegated Guingamp during the summer and has quickly fitted in with his teammates.

Nantes is in sixth place — 13 points behind leader Paris Saint-Germain — and back in contention for the European spots.