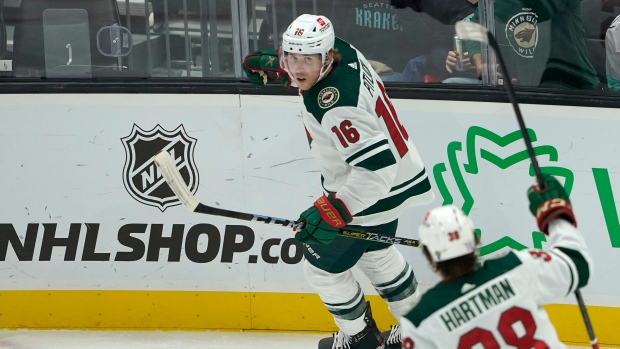 The Montreal Canadiens claimed forward Rem Pitlick off waivers from the Minnesota Wild on Wednesday.

The 24-year-old has six goals and five assists over 20 games this season with the Wild, his first in Minnesota. Pitlick also has netted eight goals and two assists over eight games with the Chicago Wolves of the American Hockey League in 2021-22.

Prior to joining the Wild this season, the Ottawa native spent the first two seasons of his NHL career with the Nashville Predators, recording two assists in 11 games.

The Predators selected Pitlick in the third-round, 76th overall, in the 2016 NHL Entry Draft. The 5-foot-11, 196-pound centre played his college hockey with the University of Minnesota.

Pitlick's younger brother, Rhett, was a fifth-round pick of the Canadiens in 2019.