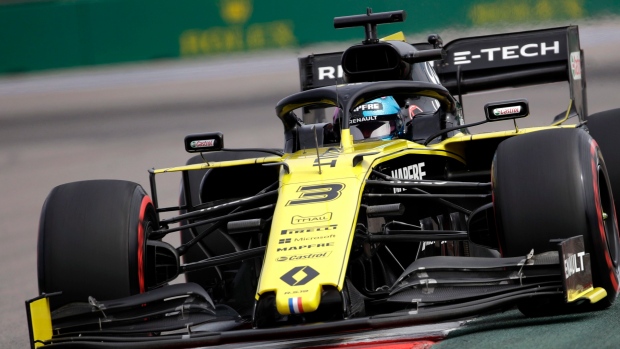 While the Formula 1 silly season usually falls mid-season, the delayed start of the 2020 season due to the COVID-19 pandemic has meant a lot of the heavy lifting in the driver market for 2021 has already been completed.

TSN is your home for the 2020 Formula 1 season starting this weekend with the Austrian Grand Prix. Coverage begins with Practice 1 and Practice 2 on Friday, followed by Practice 3 and qualifying on Saturday, and then the race Sunday at 9:05am et/6:05am pt, all on TSN. see the full broadcast schedule here.

One such move will see popular driver Daniel Ricciardo split from Renault after just two seasons to join McLaren in 2021. But Renault managing director Cyril Abiteboul said that won't affect how the team treats Ricciardo over the course of this season.

“Right now the focus is on what we need to do, there won’t be any preferential treatment between Esteban (Ocon) and Daniel off the back of his decision, because it’s not a policy of the team and it’s not a necessity. Let’s be honest: we’re not fighting for any championship as we stand right now so it would make absolutely no sense," Abiteboul said.

“Daniel will be fully involved in the development process of the car, because there is this luxury that the cars are more or less frozen between this year and next year. Also, McLaren will have to use all their (development) tokens on pure chassis and engine integration, so no performance development there, and that will give us the opportunity to work extremely normally with Daniel."

Abiteboul was referring to McLaren's impending switch to Mercedes engines from Renault engines in 2021.

“The only thing is, obviously he won’t be exposed to 2022 (developments)."

Ricciardo will be partnered with Ocon, a young star in the sport who served as Mercedes' development driver last season after two seasons with Force India.