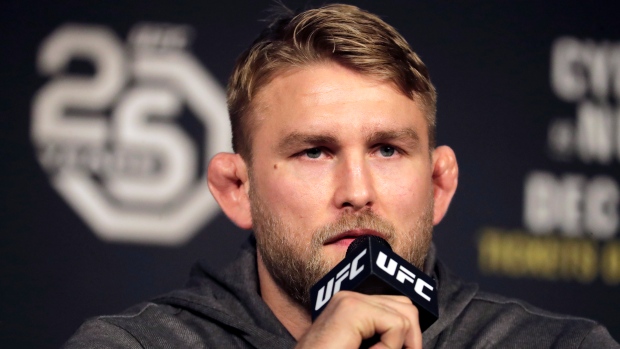 After announcing his retirement last June, UFC fighter Alexander Gustafsson is reportedly returning to the octagon.

Big news this am from @raphamarinho of Combate.

Alexander Gustafsson is coming out of retirement and moving to heavyweight.

He's expected to compete against Fabricio Werdum on July 25. Ovince St-Preux is the backup plan if the Werdum matchup doesn't materialize (per Marinho) https://t.co/EmeNtg9XEF

According to Raphael Marinho of combate.com, Gustafsson has elected to fight as a heavyweight in his return to the UFC. The Swede previously was a member of the light heavyweight division.

Marinho is reporting that Gustafsson and the UFC are in advanced talks to have the fighter compete on July 25 as part of Fight Island. Brazil’s Fabricio Werdum is favorited to be Gustafsson’s opponent.

The deal for the fight is close to being completed, per Marinho, but, if it does not materialize, ‘plan b’ is for Gustafsson to fight Ovince St-Preux of Haiti.