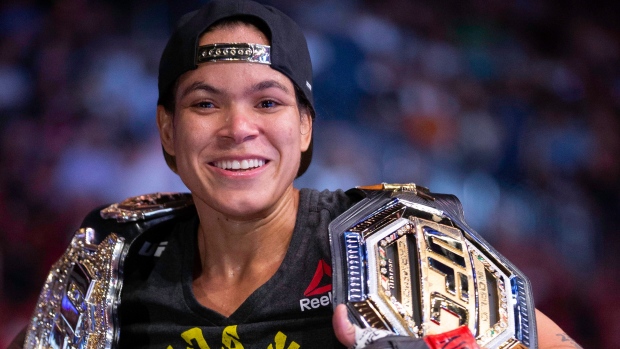 Two-division champion Amanda Nunes will defend her bantamweight title against Germaine de Randamie at UFC 245, according to a report by Brett Okamoto of ESPN.

Nunes will be looking for the fifth successful defence of the bantamweight title, she most recently retained it against Holly Holm at UFC 239 on July 6.

The 31-year-old also has victories over Raquel Pennington, Valentina Shevchenko and Ronda Rousey since she defeated Miesha Tate for the belt at UFC 200.

In the midst of her bantamweight reign, Nunes also defeated Cris Cyborg to capture the featherweight title which she also currently holds.

De Randamie enters on a five-fight winning streak, including her most recent victory over previously undefeated Aspen Ladd at Fight Night Sacramento.

The 35-year-old was the inaugural UFC women’s featherweight champion, but was eventually stripped of the belt.