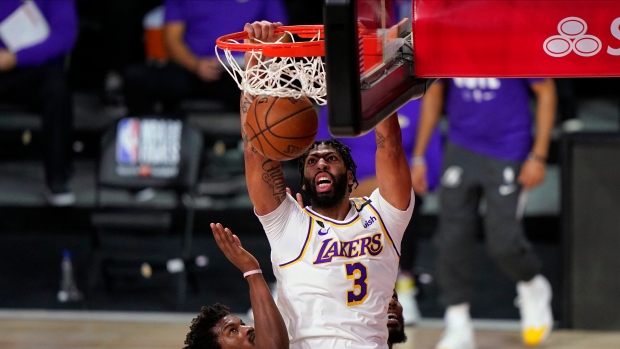 Anthony Davis plans to opt out of his contract and re-sign with the Los Angeles Lakers, according to a report by Shams Charania of The Athletic.

Sources: Anthony Davis plans to opt out of contract and re-sign with the Lakers.

Inside Pass on Davis, Lakers/Heat offseasons and more across league at @TheAthleticNBA: https://t.co/P5YRf3Fbzb

Davis appeared in 21 playoff games for the Lakers, averaging 27.7 points and 9.7 rebounds as he helped lead the team to their 17th NBA championship.

Davis signed a five-year, $145 million deal with the Pelicans that began in the 2016-17 season. It included an opt-out clause after the fourth year.