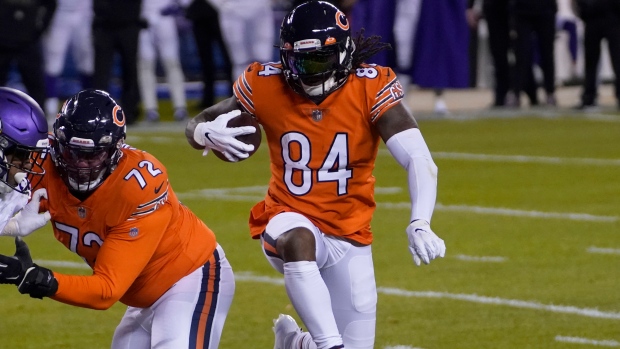 Harmon started all 16 games for Detroit in 2020 and set a career high with 73 tackles. He helps to address a glaring void on the Falcons’ depth chart after the team lost Ricardo Allen, Keanu Neal, Damontae Kazee and Sharrod Neasman to free agency.

Harmon has 19 interceptions and has started 45 games in eight NFL seasons, including seven with New England. He was a third-round pick by New England in 2013.

Patterson earned first-team All-Pro honours as a kick returner in 2013, 2016 and 2019-20 with Minnesota and Chicago. He led the NFC with his average of 29.1 yards per kick return for the Bears last season. Patterson leads the NFL with eight kickoff return touchdowns since entering the NFL in 2013.

Patterson has played at wide receiver and running back. He has 216 receptions for 2,087 yards and 10 touchdowns, and 167 carries for 1,017 yards and eight touchdowns in his career.