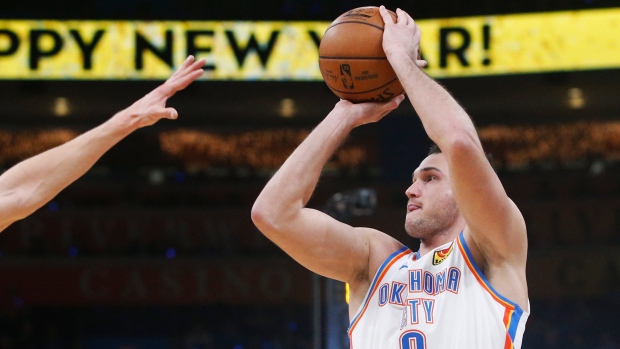 The Atlanta Hawks are finalizing a three-year, $61.5 million deal with forward Danilo Gallinari according to ESPN's Adrian Wojnarowski.

Gallinari enjoyed another solid statistical season in 2019-20 for the Oklahoma City Thunder, turning in a mark of 18.7 points per game on over 40 per cent shooting from beyond the arc.

Last season was Gallinari’s first in OKC as he came over as one of many pieces – including Canadian point guard Shai Gilgeous-Alexander – from the Los Angeles Clippers in the Paul George trade.

It was the third time in his career he’d been traded as he went from the New York Knicks to the Denver Nuggets in February of 2011 and then was on the move again from the Nuggets to the Clippers six years later.