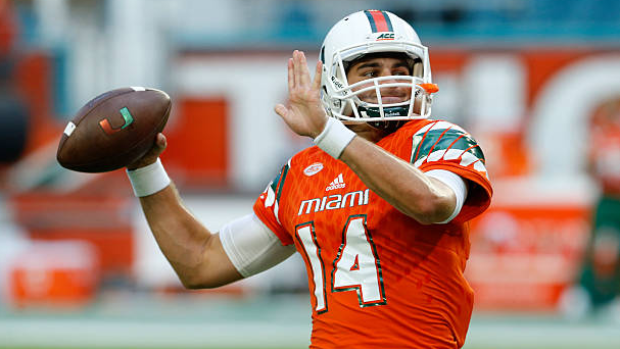 It appears the BC Lions are set to add quarterback Vinny Testaverde Jr. to their roster.

Testaverde's father, Vinny Sr., told Julie Stewart-Binks of SNY that his son will sign with the Lions on Wednesday.

Veteran QB Vinny Testaverde told me his son Vinny Jr. Is signing with the CFL’s BC Lions today #CFL

Testaverde Sr. is a former NFL quarterback, who started 214 games over his 21-year career. He also won the Heisman Trophy in 1986 while attending the University of Miami (FL).

Testaverde Jr. spent time with the Tampa Bay Buccaneers, one of his father's former teams, in training camp last summer, but did not make the team's 53-man roster. He attended the University of Albany for the 2018 season, throwing for 1,714 yards with 11 touchdowns and 12 interceptions. He also spent time with Texas Tech and Miami (FL) during his collegiate career.

The 23-year-old was waived by the XFL's Tampa Bay Vipers last month.